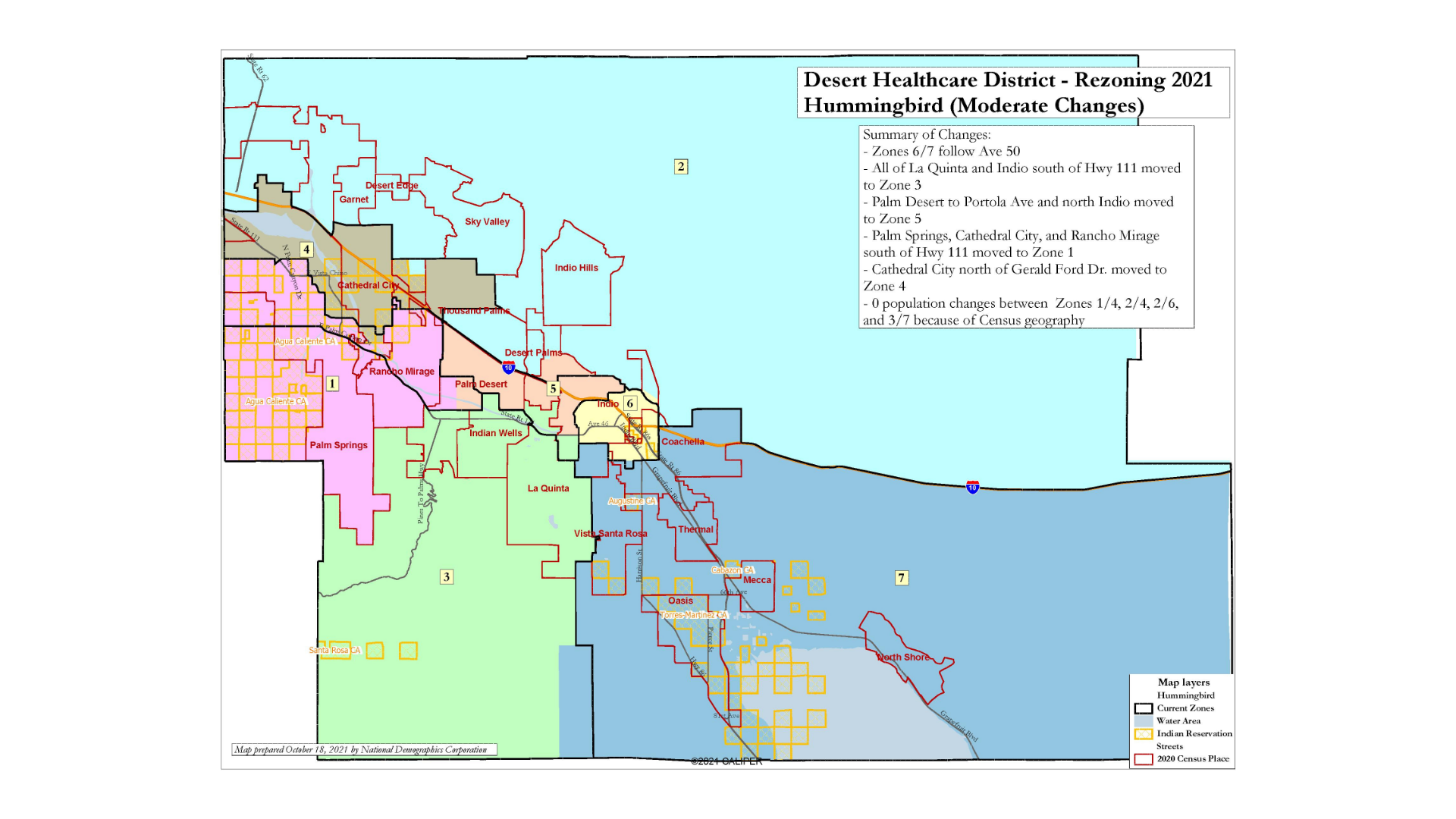 To find out which zone of the Desert Healthcare District you live in, please view an interactive map of the District here.

In 2018, prompted by a growing requirement for California’s special districts, municipalities and other government agencies to improve diverse representation, the Desert Healthcare District took on a zoning process that included multiple public hearings and map presentations. A five-zone map was approved that summer, moving the District from at-large to zone-based Board member elections. Following voters’ approval in November 2018 to expand the District east of Cook Street, a rezoning process got underway to create seven zones covering the entire Coachella Valley.